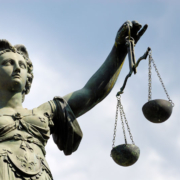 As noted in the parties’ Joint Motion for Entry of Preliminary Injunction (Doc. 89) and the Court’s Order dated October 6, 2022 (Doc. 103), the parties made significant progress toward settlement of the FTC’s claims against the defendants during and subsequent to the mediation conference held with Magistrate Judge Monte Richardson. The Court has entered a Preliminary Injunction, the language of which is similar to the Temporary Restraining Order entered at the beginning of the case. Additionally, the Court has entered a stay of the case (except for the Receiver’s efforts)(Doc. 106), during which time the FTC lawyers have sought approval of the negotiated settlement from the Federal Trade Commission. Assuming that the settlement is approved by the FTC and subsequently by the Court, the Receiver will continue her efforts to marshal and liquidate assets for the benefit of aggrieved consumers and other creditors. Thereafter, the FTC will handle the distribution process of the funds collected for consumers. Any distribution will not occur until 2023 at the earliest.